DUBAI OPERA WELCOMES ‘THE GREATEST LOVE OF ALL’, A SPECIAL TRIBUTE TO WHITNEY HOUSTON

This will be the second time the production has performed in Dubai with the first being in 2013, which was the show’s debut year.The refreshed and revitalised production in 2020 sees updates to the format includinga rejiggedsetlist, exquisite new costuming, brand-new choreography by Sid Mathur and Karlee Maguire and impressive state-of-the-art production, all of which has seen demand for the show skyrocket. The show is now consistently booked two years in advance which has made it difficult for producers to schedule a return to the City of Gold; until now.

The show’s crowning jewel is South African nativeBelinda Davids, who ‘went viral’ after performing a stunning rendition of ‘I Will Always Love of You’ on Fox TV’s Showtime at the Apollo in 2017 and winning BBC UK’s Even Better Than the Real Thing talent program in the same year. Davids will show off her talent live on the Dubai Opera stage over three nights, singing Houston’s biggest songs and most memorable pop hits in a moving two-hour concert. 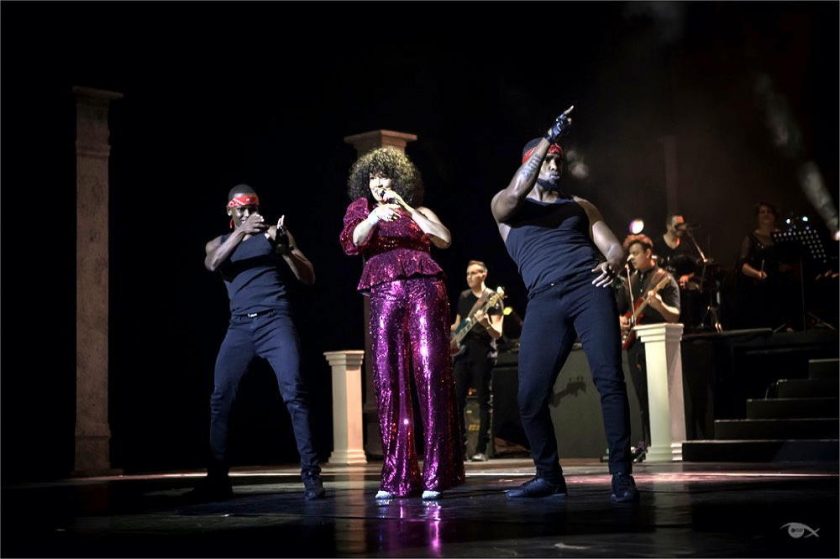 A hand-picked international cast of musicians will accompany Davids live on stage, along with her dancers. Audiences can expect to hear rousing, heartfelt renditions of such classics as I Have Nothing, One Moment in Time, Didn’t We Almost Have It All, and Run to You, as well as Houston’s massive pop hits that will get everyone dancing, like I Wanna Dance With Somebody, How Will I Know, Higher Love,and I’m Every Woman.

Chief Executive Officer of Broadway Entertainment Group, Liz Koops said: “We are thrilled to bring The Greatest Love of Allin partnership with Dubai Operato fans in Dubai, which is a fitting tribute to one of music’s greatest singing legends, as well as being a night to remember. Belinda Davids’ talent is sure to wow the audience, who can expect plenty of dancing, singing and soul.”

Dubai Operaspokespersonsaid:“We are delighted to be presenting this critically acclaimed live concert honouring the talent, music and memory of Whitney Houston. We pride ourselves on bringing a variety of shows and performances to the UAE and believe audiences will connect with thisnostalgic musical trip down memory lane.”