Following hot-on-the-heels of the success of Live from HQ, BookMyShow’s first at-home entertainment foray, the virtual ‘Ha Ha Ha-Bibi’ series aims to bring forth original comedy content from the stars of the stand-up comedy world. 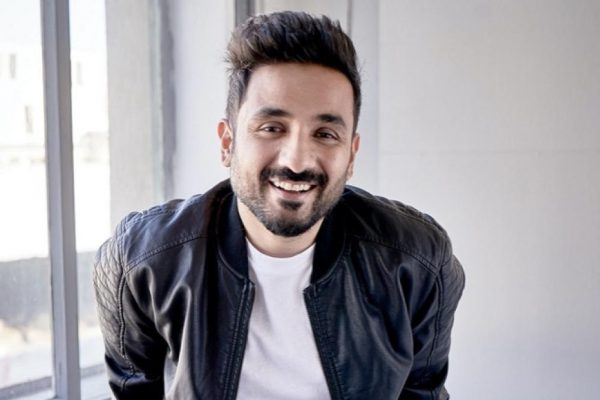 A partnership between BookMyShow and Comic On Nights, a UAE-based comedy and entertainment agency with over 150 local and international shows under its belt, ‘Ha Ha Ha-Bibi’ will stream live every week on the video-conferencing app, Zoom. Tickets inclusive of login link cost only AED30 on BookMyShow’s UAE website (https://ae.bookmyshow.com/dubai/events), with early bird tickets available at AED 25.

The ‘Ha Ha Ha-Bibi’ talent line-up over the series’ first four weeks comprises fan favourites from across the Asian sub-continent, with many also receiving critical acclaim in international markets.

Jeeveshu Ahluwalia: With over 41 Million Views across YouTube, Ahluwalia is a renowned stand-up comedian and writer. Having graduated from boardroom to comedy star, Ahluwalia has performed over 3,000 shows at the biggest clubs, colleges, auditoriums, and comedy festivals in India and beyond.

Anshu Mor: Aged 40, Mor swapped life as the head of the Microsoft’s Xbox division to follow his passion and start an entertainment content company. A mere year later, Mor’s dream is reality and he’s widely recognised as one of India’s brightest up-and-coming stand-up comedians.

Amit Tandon: After hitting it big globally as one of three Indian comedians featured on Netflix in 2019, Tandon has amassed a whopping 100 million views on social media. In a career of 1,400-plus shows, Tandon has performed in 25 countries including USA, UK, Australia, Canada, the UAE and Singapore.

Fans can check out the full roster of confirmed ‘Ha Ha Ha-Bibi’ artists, sign up to watch daily performances and receive regular at-home entertainment updates by visiting www.bookmyshow.com.  Additional updates on schedules and future acts will also be updated to the website and BookMyShow’s Instagram page @bookmyshow_uae.

Owned and operated by Big Tree Entertainment Pvt Ltd (founded in 1999), BookMyShow works with entertainment industry partners to provide unmatched live entertainment experiences to millions of customers around the world. Having evolved from a pure online ticketing platform for movies into an end-to-end management agency of live entertainment events including music concerts, live performances, theatricals, sports and more, BookMyShow is setting a new global standard in multi-faceted entertainment options.

A strategic expansion outside of its historic markets across the Asian sub-continent and Far East, BookMyShow launched in the UAE in 2019. In the last year alone, BookMyShow has brought numerous AAA entertainment acts to UAE, including Westlife- Twenty Tour, Boyz II Men, The 1975, Vir Das-The Loved Tour, Why Not Mazzika to name a few and ticketed for numerous shows including A.R. Rahman, Emirates Airline Jazz Fest, RedFestDxb and many more.

The company is the Founding Partner and the Preferred ticketing partner for Dubai’s Coca-Cola Arena.  For additional information, visit  www.bookmyshow.com

About Comic On Nights’

Comic On Nights – a brainchild of Aish Outt Productions, has been focused solely on the comedy genre for over 10 years. They are the largest comedy agency in the region with over 150+ international & local shows under their belt across UAE, Oman, India & Philippines with more international ventures in the pipeline.