Abu Dhabi, June 16, 2020: To mark World Refugee Day, The Arts Center at NYU Abu Dhabi (NYUAD), in partnership with the UNHCR, the UN Refugee Agency, will stream CARTOGRAPHY, a theatrical work that explores the journeys of four young migrants who leave their worlds behind, seeking a fresh start. Audiences from all over the world can experience the show on Friday, June 19 at 8pm (GMT +4) on The Arts Center’s Facebook page.

Inspired by the stories of refugee youth, CARTOGRAPHY is the creation of director Kaneza Schaal and writer Christopher Myers. It draws on their experience in 2016, when the pair spent one month in Munich with a group of young asylum seekers. The challenges the young refugees described as they travelled to reach their new homes, and their desire to remain visible and connected, set the foundation of the work.

Part of CARTOGRAPHY’s power is the diversity of the actors, who come from El Salvador, Syria, Lebanon, and Rwanda. The performance incorporates the actors’ personal displacement histories.  The show uses an array of tools such as map-making and sound sensors that activate a virtual storm, developed in part by graduates from NYU Abu Dhabi’s Interactive Media Program in June 2018, integrating technology, performance, and sculpture to create a memorable audio and visual journey.

The creators, as well as Head of UNHCR Office in the UAE Nadia Jbour, will also take part in a live Q&A session moderated by Director of Artistic Planning at The Arts Center Linsey Bostwick, following the performance.

CARTOGRAPHY returns as part of the Reconnect. series, which has proved highly popular, with more than half a million total views.  The series was created by The Arts Center to use the power of the arts to connect, inspire, and entertain people in light of the physical distancing and isolation effects of COVID-19, while continuing to engage in urgent conversations facing the world.

Executive Artistic Director of The Arts Center at NYUAD Bill Bragin said: “CARTOGRAPHY is a project that is very close to our hearts. The Arts Center came on board as co-commissioners as soon as we heard about Kaneza Schaal and Christopher Myers’ goal to create a theater piece speaking to the migration experiences of young asylum seekers, with a special focus on audiences of the same age. And we were proud that some of the piece was developed in residence at NYU Abu Dhabi, drawing from the skills of our own students. A central part of The Arts Center’s mission is to open conversations about urgent social issues through the arts. The opportunity to participate in World Refugee Day in partnership with UNHCR means that the impact of the work can be amplified even further, helping the message of CARTOGRAPHY to reach even broader audiences.”

Head of UNHCR Office in the UAE Nadia Jbour said: “We are very pleased to collaborate with The Arts Center at NYUAD to celebrate the World Refugee Day this year, as we believe that art is one of the strongest tools to bring a greater understanding of the plight of refugees and the displacement journey to wider audiences. As the COVID-19 pandemic has shown us how vulnerable we are, UNHCR calls upon global solidarity with those who were forced to flee their homes, and reminds the world that ‘everyone can make a difference’ and ‘every action counts’. Everyone, including refugees, can contribute to society, and every action counts in the effort to create a more inclusive and equal world. Our future will not be protected with more sanitary face masks and closed borders, but with more solidarity and more responsibility at all levels.”

Kaneza Schaal is a theater artist based in New York City. Her work JACK &, about reentry into society after prison, showed at the Brooklyn Academy of Music (BAM) 2018 Next Wave Festival, Museum of Contemporary Art Chicago, and was also presented by its co-commissioners Walker Arts Center, REDCAT, On The Boards, Center for Contemporary Art Cincinnati, and Portland Institute for Contemporary Art.

New York based Christopher Myers is widely acclaimed for his work with literature for young people. He is also an accomplished fine artist who has lectured and exhibited internationally. His practice can be divided into two categories, interventions in historical narratives and work crafted with artisans from around the globe. Christopher’s work has been exhibited at PS1/MoMA, and included as part of Greater New York, the Art Institute of Chicago, the Prospect Biennial in New Orleans and Contrasts Gallery in Shanghai.

CARTOGRAPHY is produced by ArKtype/Thomas O. Kriegsmann and was made possible by a generous grant from The Joyce Foundation, and is a co-commission of The John F. Kennedy Center for the Performing Arts, The Arts Center at NYU Abu Dhabi, and Playhouse Square, Cleveland, OH, with developmental support provided by Young People’s Theatre, Toronto, Canada and the Center for the Arts, Wesleyan University in Middletown, CT.

About The Arts Center at NYU Abu Dhabi

Presenting music, theater, dance, film and interdisciplinary performances that defy definition, The Arts Center at NYU Abu Dhabi is a performing arts center that presents distinguished professional artists from around the world alongside student, faculty, and community productions. The Arts Center draws on the resources of NYUAD to create a dynamic space for research, investigation, and the active pursuit of knowledge and wisdom for audiences as well as visiting artists. The Arts Center is proudly supported by Mubadala, ADCB, and Swyp as lead sponsors and GAC as sustainer sponsor.

NYU Abu Dhabi is the first comprehensive liberal arts and science campus in the Middle East to be operated abroad by a major American research university. NYU Abu Dhabi has integrated a highly-selective liberal arts, engineering and science curriculum with a world center for advanced research and scholarship enabling its students to succeed in an increasingly interdependent world and advance cooperation and progress on humanity’s shared challenges. NYU Abu Dhabi’s high-achieving students have come from more than 115 nations and speak over 115 languages. Together, NYU’s campuses in New York, Abu Dhabi, and Shanghai form the backbone of a unique global university, giving faculty and students opportunities to experience varied learning environments and immersion in other cultures at one or more of the numerous study-abroad sites NYU maintains on six continents.

UNHCR, the UN Refugee Agency, leads international action to protect people forced to flee their homes because of conflict and persecution. We deliver life-saving assistance like shelter, food and water, help safeguard fundamental human rights, and develop solutions that ensure people have a safe place to call home where they can build a better future. We also work to ensure that stateless people are granted a nationality. 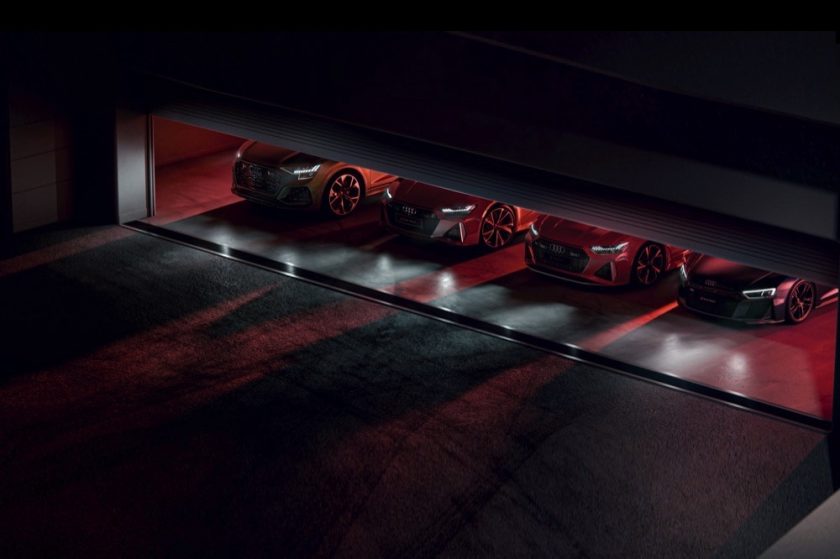 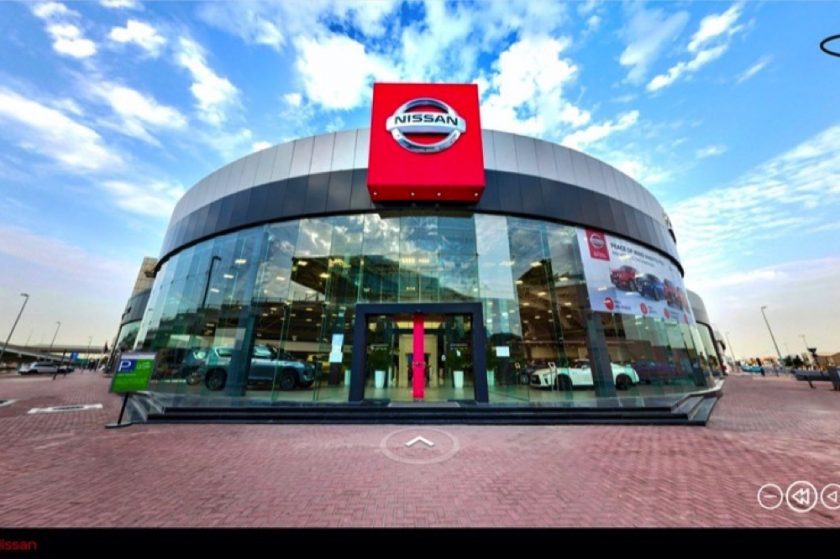 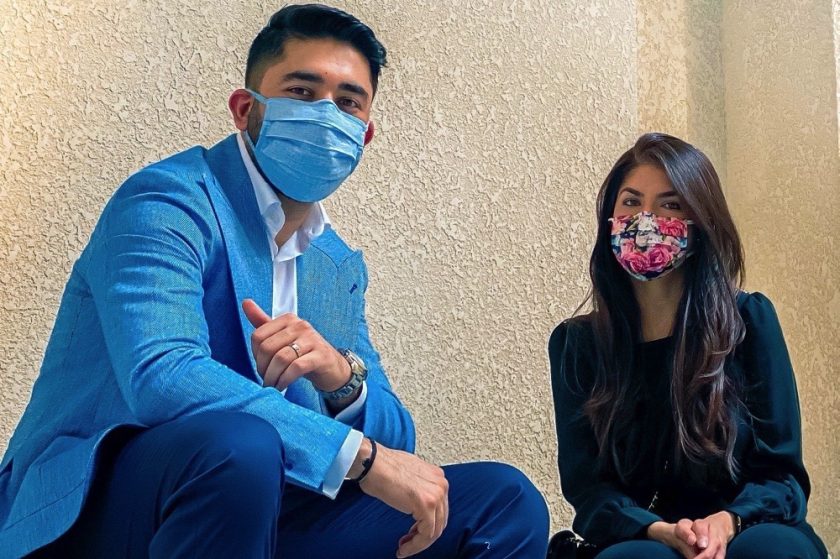 Collars & Cuffs, the first bespoke tailor in Dubai to introduce stylish adjustable face masks perfect for the whole family Dubai, UAE, 01 July 2020:  Staying ahead of the curve in light of the preventive measures that were instated by the government of Dubai, Collars & Cuffs (C&C) is the 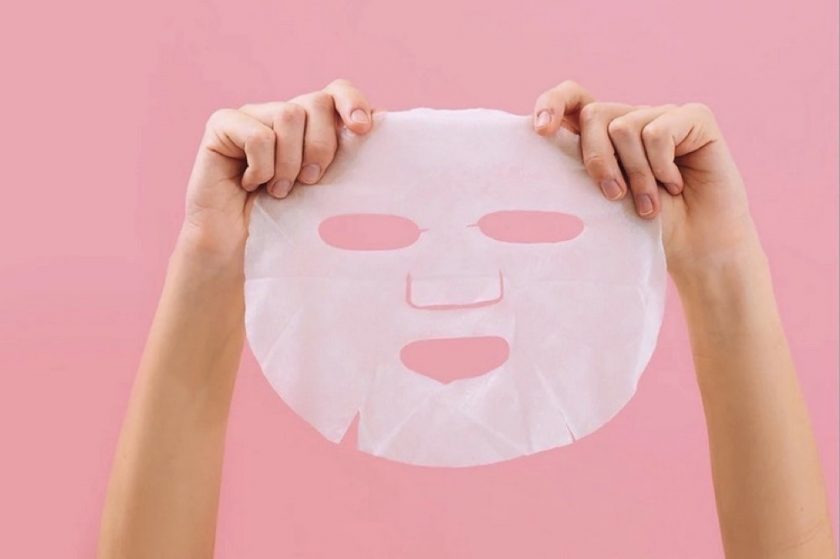 Your guide to choosing the right face mask 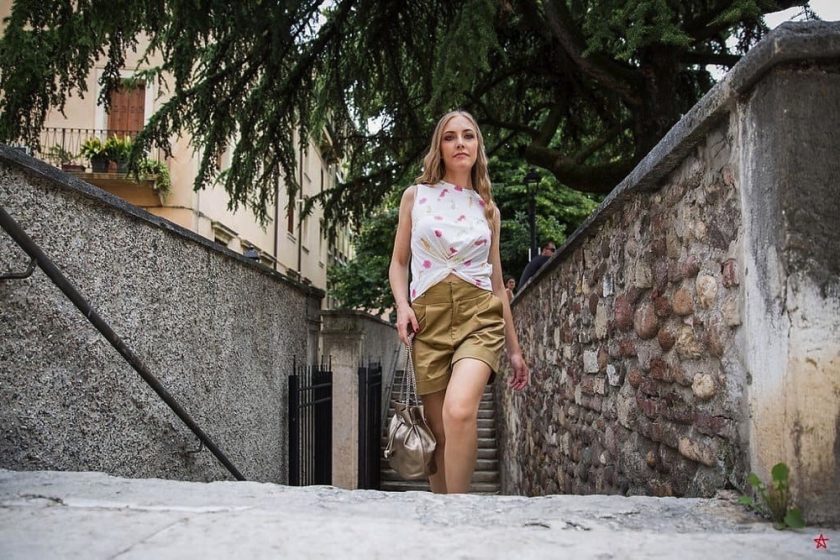 From the court to the streets: PUMA’s Spring/Summer 2020 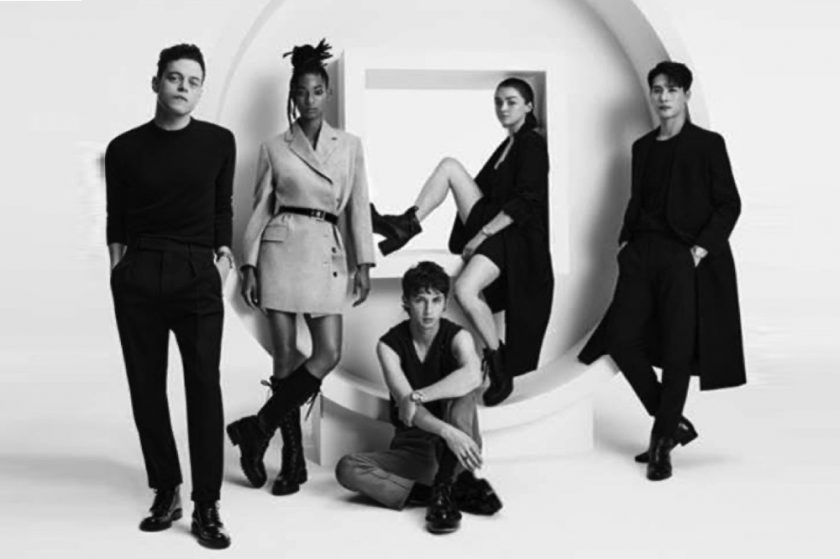 CARTIER :FOR THE LAUNCH OF ITS NEW PASHA WATCH 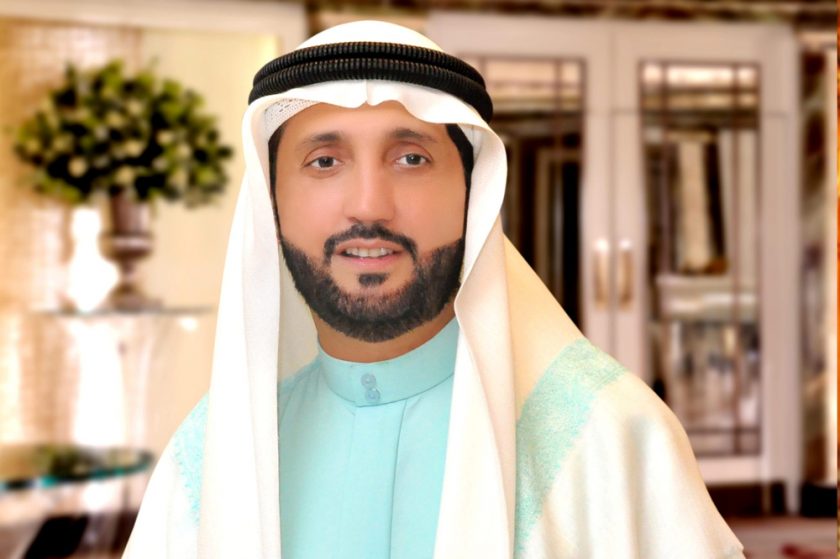 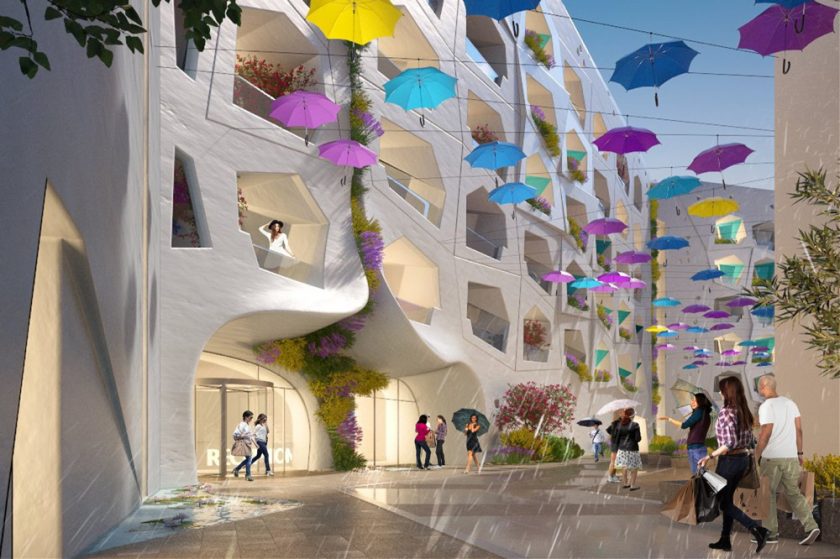 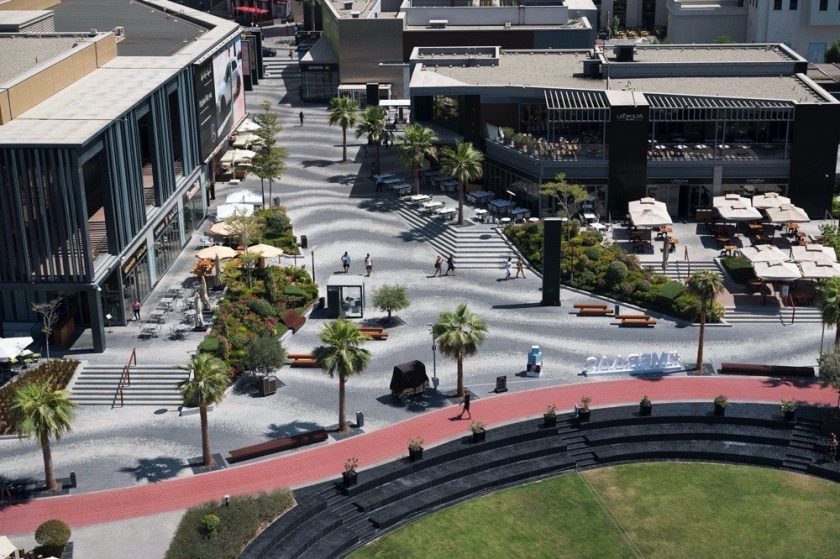 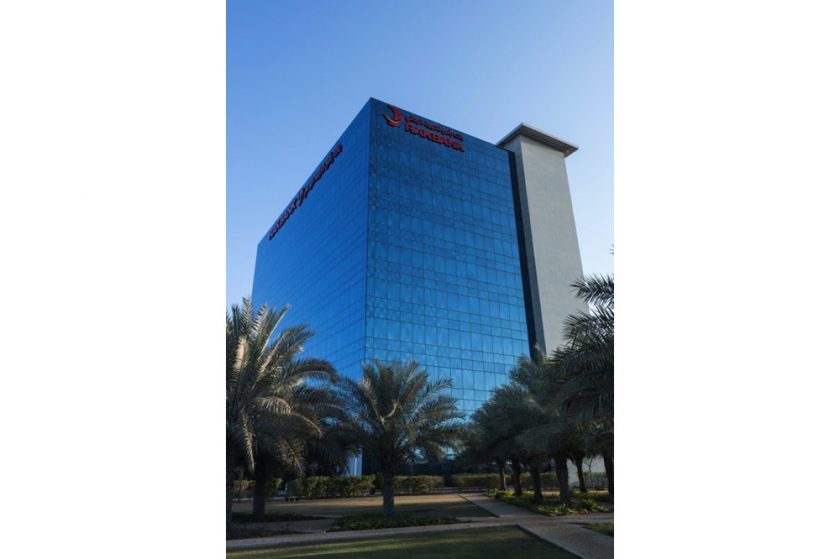