The reality TV show will see Arab amateur cooks compete over who can host the best dinner party, anonymously giving each other marks out of ten for a cash prize

Popular Egyptian standup comedian, Khalid Mansour has been selected by OSN to be the voice in the OSN Original production of ‘Yalla Neta’asha’, Come Dine With Me. OSN, the region’s leading entertainment network will be airing the show in October 2020 as one of the first Original productions set to air this year. Selecting regional talent for the key role of narrator was important for OSN, who were drawn in by Khalid’s wit, humor and versatile voice. OSN viewers are set to be in for a treat once the show airs exclusively this fall.

Khalid’s role on the series is to share hilarious commentary on the contestants and bring a light-hearted perspective to the fierce competition. As narrator Khalid will be injecting humour into every episode of the show, introducing each contestant and describing their backgrounds so that audiences can get to know each of them a little better, shining a light on the more entertaining aspects of their personalities. Audiences can expect bold jokes in between segments and contestant interviews, sharing thoughts out loud that secretly everyone is thinking while watching and sarcastically highlighting the contestants’ mistakes and shortcomings. 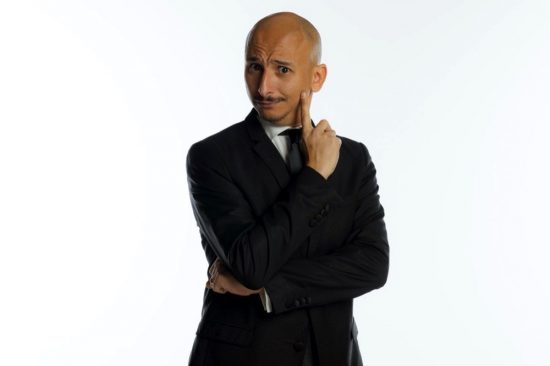 Rolla Karam, Interim Chief Content Officer at OSN said: “In the UK edition of Come Dine With Me, the narrator Dave Lamb is arguably the personality that makes the show worth watching and has become a cult classic with his cutting sarcasm. Our production team made sure to choose the right person carefully to deliver the same impact for Yalla Neta’asha and we’re ecstatic to have Khalid Mansour on board, as someone who truly understands the nuances of humour in the region. We are excited to be working with Arab talent like Khalid Mansour for the show and know that his endlessly entertaining sense of humour will delight our audiences.”

Khalid Mansour commented: “I’m honored and thrilled to be working with OSN once again, this time on a new OSN Original Yalla Neta’asha. My experience with OSN started on SNL Bel Arabi, and I’m grateful to them for believing in me once more and giving me this opportunity to be a part of such an exciting production. I am looking forward to be a part of this new show, created by regional talent for a regional audience. I have lots of jokes up my sleeve for the show, and I’m sure viewers will be laughing along as they watch.” 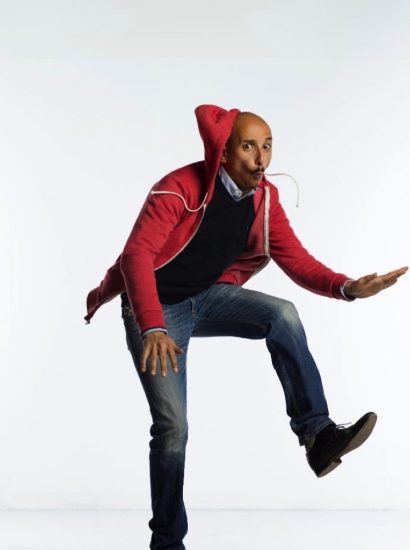 The multi-talented Egyptian comedian is famous for headlining the Arabic version of Saturday Night Live, an OSN Original production and the famous show El Bernameg. Khalid began his career as a voice-over actor in commercials and later established himself as a stand-up comedian. Following ‘El Bernameg’, Khalid took part in the comedy series ‘El Kebeer Awi’ as well as the movie ‘X Large’ and has hosted ‘Al Tagroba AlKhafeya’ – a prank show, followed by Saturday Night Live Bel Arabi as well as having the experience of interviewing international celebrities on the red carpet at the 88th Oscar awards.

Audiences can expect the same format of the original UK edition of Come Dine With Me where each week, four amateur Arab chefs will take turns hosting each other at their houses for a dinner party where they have prepared a three-course dinner over four consecutive nights. Guests will then secretly rate the evening out of ten with the top scorer revealed at the end of the week. Catch the 45-episode series of Come Dine with Me, ‘Yalla Neta’asha’ on OSN and the OSN streaming app weekly from Sunday to Thursday this fall.

OSN is the region’s leading entertainment business with the rights to broadcast into 17 countries across the MENA. The company is owned and operated by Panther Media Group, registered in the Dubai International Financial Centre (DIFC) and has two shareholders, KIPCO and the Mawarid Group Limited.

OSN has a history of providing exceptional value for customers with its focus on exclusive and in-demand content, and innovative digital platforms for anywhere, anytime access.

OSN’s strength is its unbeatable range of exclusive programming and best-in-class entertainment led by its long-term partnerships with studio majors including Disney, HBO, NBC Universal, Fox, Paramount, MGM, and Sony to name a few.

OSN is the home for premium and nowhere-else content in Arabic, English, Filipino. OSN broadcasts the latest content at the same minute as in the US, including popular series, blockbuster movies, and the best in kids and lifestyle programming. In addition, OSN also provides entertainment content for devices such as laptops, tablets and mobile phones via its online and mobile app entertainment platform, offering movies and series on the go.

OSN has been at the forefront of digital technology innovation in the Middle East introducing OSN on Demand, the region’s first VOD service.

OSN’s ambition is to deliver entertainment everywhere for everyone, which is informed by the company’s three key pillars: A customer-first approach, unrivalled exclusive content and unbeatable value.