REDTAG, the GCC’s favourite homegrown value fashion and homeware brand will launch its latest store on the 20th of October 2021, at Muscat’s impressive Mall of Oman, the largest shopping venue in the Sultanate, which opened to the public in early September 2021. To commemorate the launch, the store will have a special opening offer of a free OMR 4 Voucher, on purchases of OMR 20.

October 20th, Muscat, Oman: REDTAG, the region’s favourite homegrown value fashion and homeware brand, will launch its latest retail outlet on the 20th October 2021, at the Mall of Oman in Muscat, a venue that is the talk of the town for being the largest shopping mall in the country, as well as its impressive and state of the art facilities. Accompanying the launch will be a special opening offer of a free OMR 4 Voucher, on purchases of OMR 20. 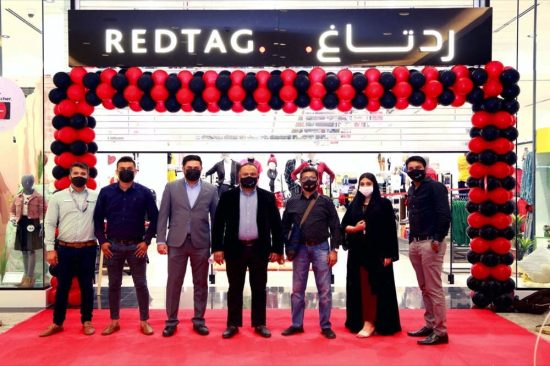 The latest of more than 250 REDTAG retail outlets, the brand’s Mall of Oman store will be located on the Level 1, and feature REDTAG’s trendy fashion collections for Women, Men, and Kids; a recently launched collection which is the latest in a series inspired by Queen of Stage Myriam Fares; the delightful and charming homeware and lifestyle products that have earned a loyal following in the region; and REDTAG’s popular character-wear collection – the largest such selection in the region.

“There’s a genuine sense of excitement around the launch of our latest store, at the Mall of Oman in Muscat”, says Shoaib Syed, Country Manager Oman, for REDTAG. “Although REDTAG has opened many stores in recent months, as part of our expansion plans; a venue of this scale, which offers such a unique experience to visitors, is always special. The special opening offer of a free OMR 4 voucher, on a 20 OMR purchase, is our way of thanking our loyal customers for their continued support”.

“The Mall of Oman has already become an extremely popular attraction since its launch and is earning a reputation for delighting the entire family with its facilities; as well as shopping, entertainment and dining options. This is the perfect fit for our own relationship with our customers, which also aims to delight all ages and tastes”, Shoaib concluded. 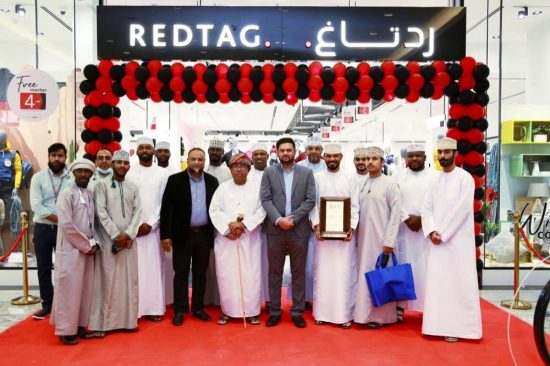 A BMA International company, REDTAG was launched as a value apparel and homeware label in 2006. Driven by the vision of delivering high-quality and affordable fashion and lifestyle products, the brand has emerged as a leader in its niche. From its first store in Abu Dhabi, REDTAG has rapidly expanded to over 190 outlets across the Middle East and Asia – including the Kingdom of Saudi Arabia, United Arab Emirates, Qatar, Kuwait, Oman, Bahrain, and many more locations. REDTAG is built on a strong customer focus, delivering enjoyable in-store experiences and seamless online interactions that are designed to exceed expectations. The brand takes a ‘Glocal’ approach to its offerings – adapting global trends to local sensibilities. REDTAG’s highly successful ‘RT Rewards’ loyalty program is currently over 14 million members strong, and growing fast. The program encourages repeat visits through tailored offerings and special rewards, with over 90% of the company’s transactions now coming from repeat customers.